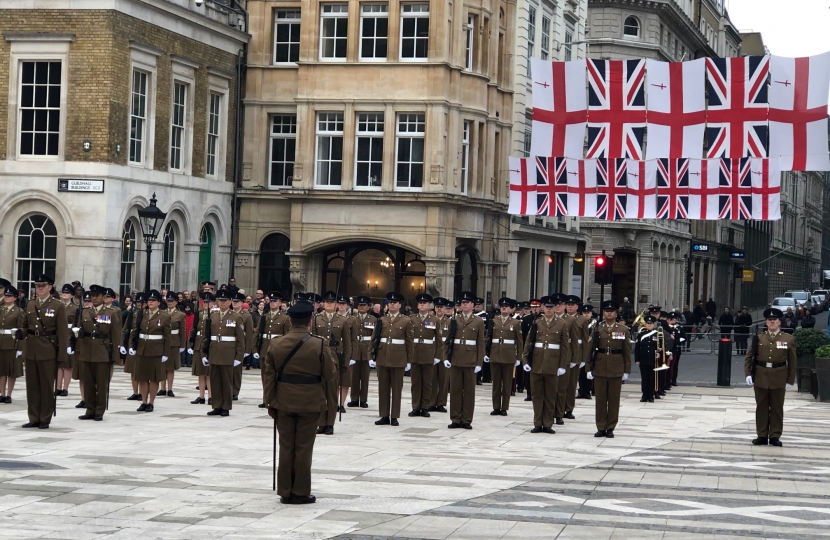 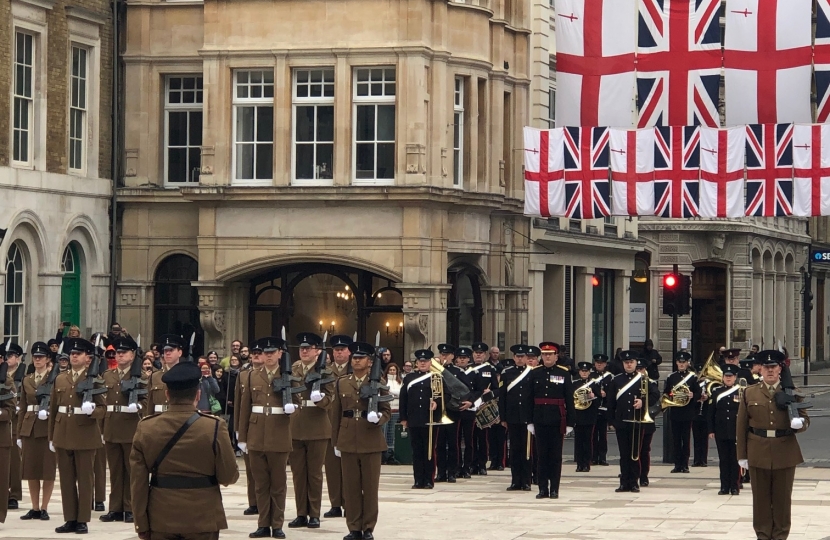 Many years ago I had the privilege to serve with the Inns of Court and City Yeomanry, who form 68 Squadron of the 71 (City of London) Yeomanry Signal Regiment.  Today we welcomed them to the Guildhall marking their privileged status as a regiment of our city.  A position I have hoped they would have since first elected in the City more than a decade ago.

They are volunteers of the Army Reserve and part of the Royal Corps of Signals in the British Army. The regiment forms part of 11th Signal Brigade, providing military communications for national operations.

The Inns of Court Regiment can trace its direct roots back to 1584, when 95 members of The Inns of Court entered into a solemn pledge to defend Queen Elizabeth I against the threat of Spain's Armada, making it one of the oldest units in the army.

Over the years many volunteers were recruited among the legal community at times of national peril, and so it was at an inspection in Hyde Park in 1803, during the Napoleonic Wars, that George III is reputed to have styled such a litigious body as 'The Devil's Own' – a title that lives on today.

I was very pleased to see them and share a moment in their history once more.