New Constable at the Tower 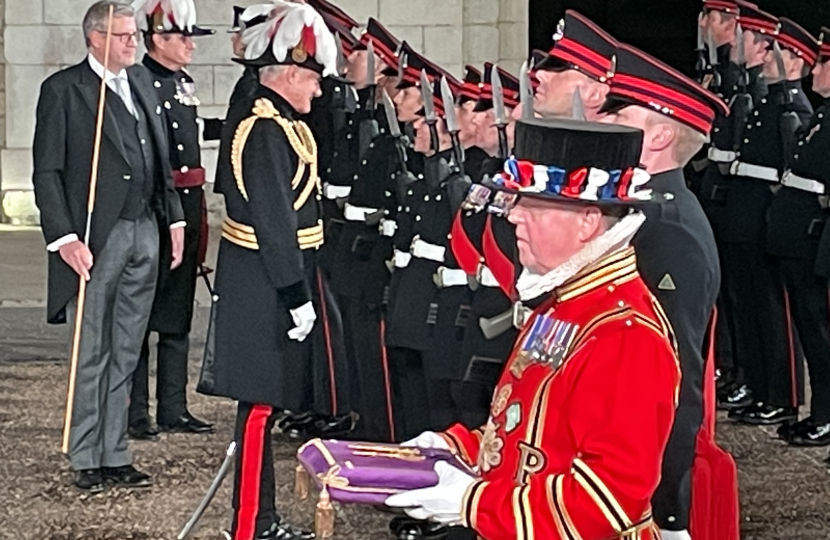 it was one of her late Majesty’s last duties in July to choose our new Constable and so tonight we heard her name on the letters patent, before seeing the King’s Keys presented so that stewardship of the Kings Fortress is past to General Sir Gordon Kenneth Messenger, KCB,DSO & Bar, OBE, ADC  a retired senior Royal Marines officer who served as Vice-Chief of the Defence Staff from May 2016 to May 2019. As a colonel he commanded 40 Commando during the Iraq War, and led the Commando in the assault on the Al-Faw Peninsula. He served as British Commander of Task Force Helmand, during the 3 Commando Brigade deployment to Helmand Province, Afghanistan on Operation Herrick IX from 2008 to 2009.

The ceremony saw detachments of the Honourable Artillery Company, the Fusiliers and the Royal Marines accompany the Yeoman Warders on parade, all to the music of the Royal Marines.  A fine evening and I hope the Constable has a wonderful tenure.

Today it was wonderful to be back among Canadians at the UK Canada Chamber of commerce event fundraising for the the Canada-UK Foundation.