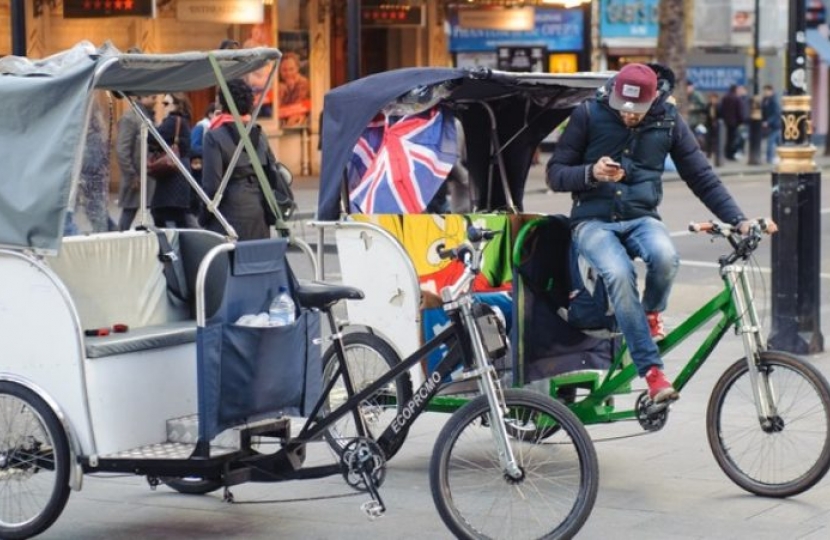 The Government confirmed its support for Nickie Aiken MP’s Private Members’ Bill, which seeks to regulate pedicabs in London, in a Westminster Hall debate. Aiken led a debate on women’s safety and pedicabs ahead of consideration of her Private Members’ Bill on Friday. Aiken explained that pedicabs benefited from a legal loophole as “a pedicab is currently defined as a “stage carriage” in Greater London under the Metropolitan Public Carriage Act 1869 and thus does not fall under TfL’s licensing powers.” Aiken expressed concerns from residents in Soho and Covent Garden about the noise generated by pedicabs, a number of which play loud music and have flashing lights, and women’s safety given the lack of regulation for the drivers of these cycles. The Bill was interrupted by Chris Chope MP’s intervention but it may well return.