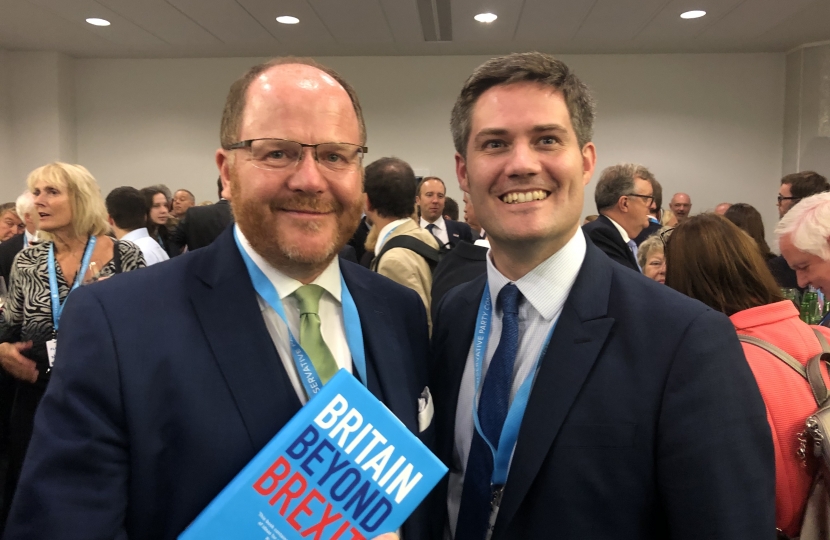 Fascinating talk with George Freeman MP, a transport minister with a back ground in the biomedical industry, about his book Beyond Brexit.

George enthuses of the need to look beyond the current challenges and to find opportunities.  He says that too often, we forget that the great institutions we cherish as permanent were once mere ideas – whether the NHS, the BBC, the London Docklands, universal suffrage, the Right to Buy or the privatisation of the old state industries. They were bold ideas which reshaped a whole generation and quickly became permanent fixtures.

He says in his book 'Britain Beyond Brexit,' this is no time for tinkering. We are about to embark on a new chapter in our nation’s history. To succeed, we will need an economic policy that is as fresh and bold.

George talks about ountries who put science and innovation at the heart of their economic mission will dominate the twenty-first century.

Whether this is agri-tech to AI, genomics, regenerative medicine, synthetic biology, robotics, satellites, big data, hydrogen fuel cells, nanotechnology and carbon capture the UK is the laboratory of the innovations reshaping our world. As the developing world goes through agricultural and industrial revolutions in the next 30 years, that we pioneered here in the UK over the last 300 yrs, there are huge markets opening up for our innovation. But for decades we have been terrible at harnessing the full commercial value of these innovations.

As an intellectual property lawyer, I totally agree, science and technology are key to our future success.  I hope others agree.