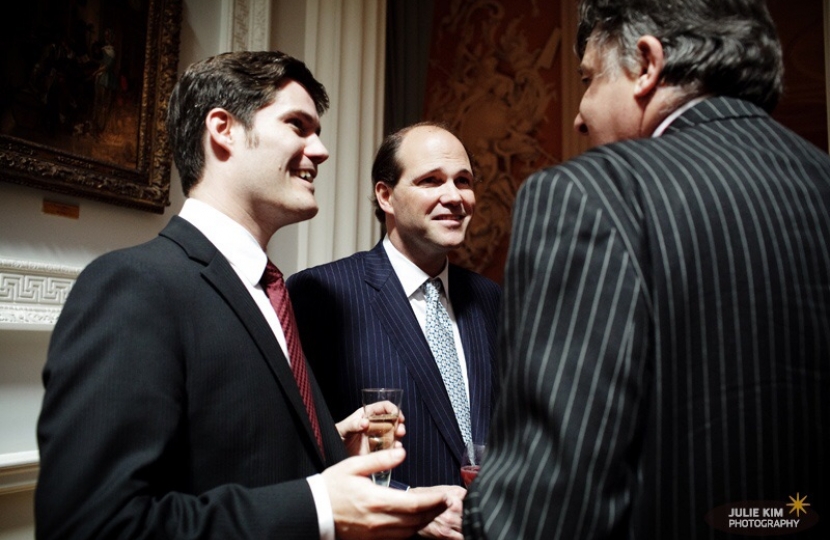 An experienced campaigner; James has worked on General Election campaigns, County and District Council elections, as well as on campaigns in Canada.

James has been fortunate to work with local and national Government in the UK and in Canada.

In the UK: He previously advised George Osborne when he was Shadow Chancellor on Intellectual Property Reform, reporting to Mark Hoban MP and Mark Prisk MP, he later led an IP advisory team assisting Adam Afriyie MP the shadow intellectual property minister in the run up to the 2010 General Election.  From 2010 to 2017 James advised a succession of UK Government ministers on legal and IP matters. For over 5 years he also advised Lord Neuberger as Master of the Rolls and later as President of the Supreme Court on policy matters. James continues to gives ad hoc advice to Ministers, especially in the Departments of Justice and BEIS often as part of his volunteer work with trade bodies. Since the 2016 referendum he has worked with the Chartered Institute of Patent Attorneys, the International Trade Mark Association and the Chartered Institute of Trade Mark Attorneys on their responses to Brexit as it impacts IP. He is additionally a conduit for AIPPI UK's engagement with the UK Government on matters such as the Unified Patent Court for Europe.

As a member of the Executive of the National Association of Legally Qualified Chairs, James has engaged on behalf of the Police Tribunals with the Home Office and Police forces on the law and operation of the tribunals.  Via this he has worked with several MPs and in particular Sir David Amess on behalf of the association seeking reform of the rules governing the tribunal.