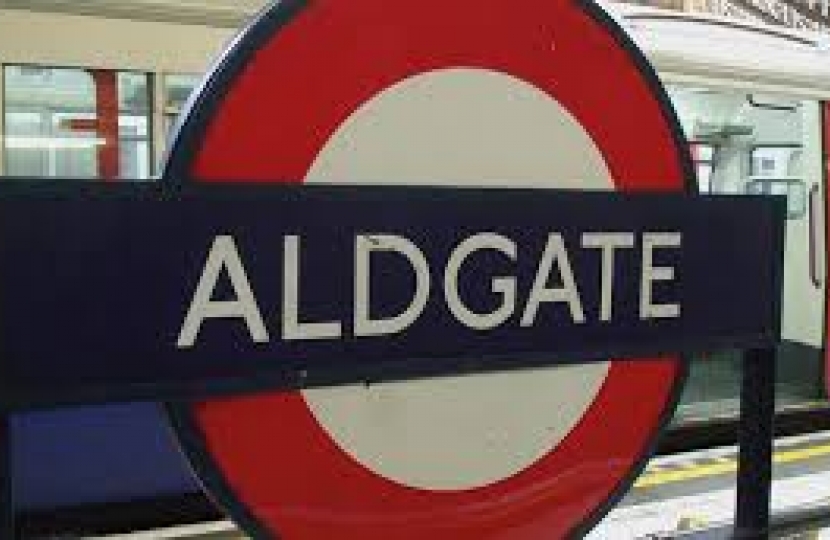 On the edge of Tower Ward we have Aldgate, best know to modern Londoners as the place with Aldgate tube station, but the history of the name is far more interesting:

Aldgate was one of the four original gates into the City of London. After centuries of use the gate was deteriorating but in the early 1600's it was completely torn down and rebuilt over two years. As the new foundation was being constructed surveyors found Roman coins portraying symbols peace and charity. A female figure depicting each of these was carved into the western entrance of the new gate.  The upper battlements displayed two soldiers holding stone balls to show that enemies would be denied entry to the City.

King James I, the prevailing monarch during construction, had his coat of arms engraved on the gate with the motto 'Dieu et mon droit' (God and my right). There was also a statue of the King in full armour with a lion and unicorn by his feet, which represent the union of England and Scotland.  The gate was eventually taken down in 1761. Sir Walter Blackett of Wallington obtained the ornamental parts of the gate and used it to decorate Rothley Castle in Northumberland.

Today the name of the station is the reminder of where the city gate once stood.