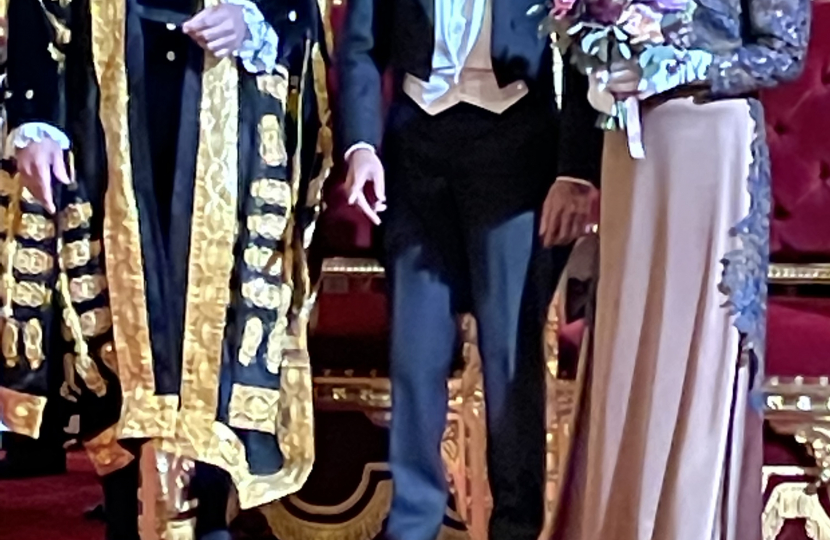 I was delighted to hear the Prime Minister this evening set out his foreign policy position:

Speech of the Prime Minister:

“My Lord Mayor, Ladies and Gentlemen,

Whether by virtue of history or accident of geography, our country has always looked out to the world.

I was born in Southampton…

… a port city the Victorians called the gateway to the world…

… where the Mayflower set sail…

… where Spitfires were built and allied troops embarked on D-Day.

And just as we look out to the world, so the world often looks to Britain.

Like many others, my grandparents came to the UK, via East Africa and the Indian subcontinent… and made their lives here.

…from Hong Kong, Afghanistan, and Ukraine.

We’re a country that stands up for our values…

… that defends democracy by actions not just words…

A country that commits not just our resources but our ingenuity to better the lives of others, and ourselves.

Ukrainian flags have flown over almost every town and city on these islands for the past nine months.

No one told people to put them there.

They felt moved to show solidarity with people they’ve never met, in a country most have never even visited…

…to show their faith in fairness, freedom and the rule of law.

These values are constant.

They are set in stone.

But as the world evolves, so does our application of those values.

As Edmund Burke argued, circumstances and context are everything.

And today the pace of geopolitical change is intensifying.

Our adversaries and competitors plan for the long term.

After years of pushing at the boundaries, Russia is challenging the fundamental principles of the UN Charter.

China is conspicuously competing for global influence using all the levers of state power.

In the face of these challenges, short-termism or wishful thinking will not suffice.

We can’t depend on Cold War arguments or approaches, or mere sentimentality about our past.

So we will make an evolutionary leap in our approach.

This means being stronger in defending our values and the openness on which our prosperity depends.

It means delivering a stronger economy at home, as the foundation of our strength abroad.

And it means standing up to our competitors, not with grand rhetoric but with robust pragmatism.

We will do all this…

…not only through our diplomatic expertise, science and tech leadership, and investment in defence and security…

…but by dramatically increasing the quality and depth of our partnerships with like-minded allies around the world.

…including how we’ll work with friends in the Commonwealth, the US, the Gulf states, Israel and others.

But tonight I’d like to describe how we’re already making this evolutionary leap in three other places.

First, as we stand by Ukraine, we’re also reinvigorating our European relationships to tackle challenges like security and illegal migration.

Second, we’re taking a longer-term view on China, strengthening our resilience and protecting our economic security.

And third, we’re seizing the huge opportunities on offer in the Indo-Pacific by building deep and long-lasting partnerships.

In Kyiv, I just saw how Russia’s focus is shifting from bruising encounters on the battlefield to brutalising the civilian population.

…from the torture chambers to the booby traps left in children’s toys.

As the world comes together to watch the World Cup…

…I saw how an explosive device had been hidden inside a child’s football – seeking to make it a weapon of war.

So be in no doubt, we will stand with Ukraine for as long as it takes.

Next year we will maintain or even  increase our military aid.

And we will provide new support for air defence, to protect the Ukrainian people and the critical infrastructure they rely on.

By protecting Ukraine, we protect ourselves.

With the fall of Kabul, the pandemic, the economic strife, some said the West was weak.

In fact, our response in Ukraine has shown the depth of our collective resolve.

Sweden and Finland are joining NATO.

Germany is increasing its defence spending.

Partners as far afield as Australia, Japan and South Korea are standing with us.

…whether in the east or the High North.

…including bilaterally and engaging with the new European Political Community.

But this is not about greater alignment.

Under my leadership we’ll never align with EU law.

Instead, we’ll foster respectful, mature relationships with our European neighbours on shared issues like energy and illegal migration…

…to strengthen our collective resilience against strategic vulnerabilities.

And that brings me to my second point.

We also need to evolve our approach to China.

Let’s be clear, the so-called “golden era” is over…

…along with the naïve idea that trade would automatically lead to social and political reform.

But nor should we rely on simplistic Cold War rhetoric.

…a challenge that grows more acute as it moves towards even greater authoritarianism.

Instead of listening to their people’s protests, the Chinese Government has chosen to crack down further…

…including by assaulting a BBC journalist.

…including calling out abuses in Xinjiang – and the curtailment of freedom in Hong Kong.

…to global economic stability or issues like climate change.

The US, Canada, Australia, Japan and many others understand this too.

So together we’ll manage this sharpening competition, including with diplomacy and engagement.

Much of this is about dramatically improving our resilience, particularly our economic security.

…it’s why we used them this month to block the sale of Newport Wafer Fab.

It’s why we took action on 5G.

Now we’re also acting to deepen our ties in the Indo-Pacific – the third example of where we’re evolving our approach.

Before I came into politics, like many of you, I invested in businesses around the world… and the opportunity in the Indo-Pacific is compelling.

Take Indonesia, which I visited just this month.

By 2050, the Indo-Pacific will deliver over half of global growth …

…compared with just a quarter from Europe and North America combined.

That’s why we’re joining the Trans-Pacific trade deal, the CPTPP…

…delivering a new FTA with India…

…and pursuing one with Indonesia.

But in the Indo-Pacific economics and security are indivisible.

It’s in our interests to keep these trade lines open.

That’s why we joined the Five Power Defence Arrangements with Australia, Malaysia, New Zealand and Singapore half a century ago.

…and the Future Combat Air System with Italy and Japan.

…supporting security and prosperity – both at home in our European neighbourhood and in the Indo-Pacific.

As we meet here tonight, the people of Ukraine are hunkered down in freezing temperatures, on the front line of the fight for freedom.

In Iran, women are displaying the most humbling and breath-taking courage…

And tomorrow Iran’s football team will again stand with them in solidarity – facing unknown consequences as a result.

Freedom and openness have always been the most powerful forces for progress.

But they have never been achieved by standing still.

…during periods of crisis… whether war, technological change or economic dislocation… management of the status quo may be the riskiest choice of all.

Under my leadership we won’t choose the status quo.

We will do things differently.

… anchored always by our enduring belief in freedom, openness and the rule of law…

… and confident that in this moment of challenge and competition…

… our interests will be protected… and our values will prevail.